Part 1: Behind the Scenes with The 12 Days of Christmas Designer Tommy Bourgeois 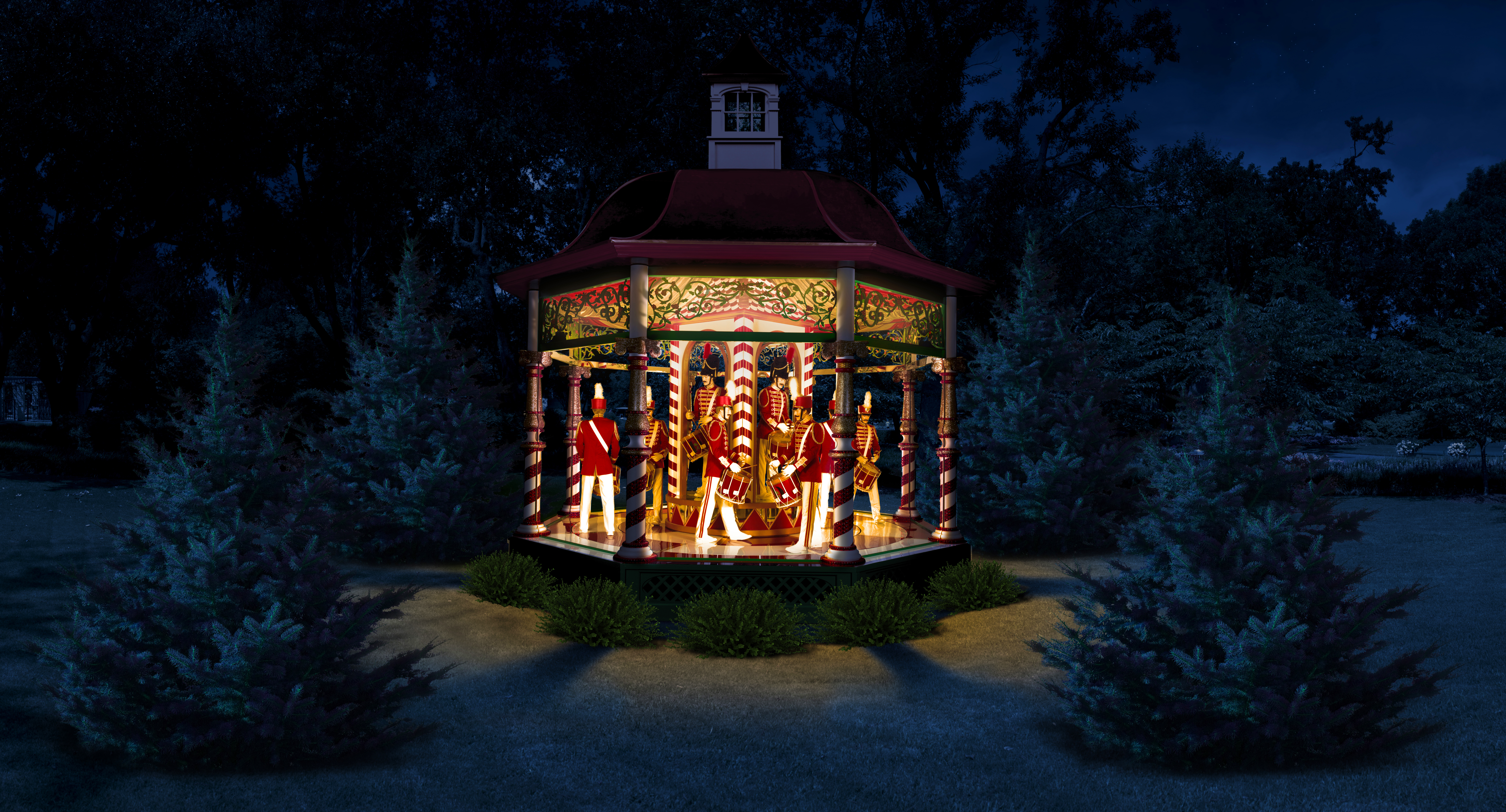 The Dallas Arboretum will be transformed into a scene straight out of Victorian times when The 12 Days of Christmas exhibit opens November 16. We sat down with Tommy Bourgeois, Dallas Opera production designer and creative mastermind behind this year’s whimsical yuletide display, to learn about the inspiration behind this spectacular holiday event.

Is this your first project with the Dallas Arboretum?

A project of this size, yes. My first project was putting up the Crèche of Peter Hall a couple years ago. That experience started my relationship with the Arboretum and Cris Emrich. She later wanted me to help with the explorers’ houses for the garden exhibit, and I did. From there, the Easter Bunny project came to be, and eventually I did a puppet theater for the Children’s Garden, and Mr. Stumpy the talking tree.

When did you begin planning and designing The 12 Days of Christmas project?

I believe it was early 2012, and I was visiting with Mary (Mary Brinegar, President and CEO of the Dallas Arboretum) about the Easter Bunny costume I was doing for the Arboretum. She mentioned a board member saying they wished there was something special to put up every Christmas, something that would be a draw for visitors—a unique exhibit that no one else was doing. She suggested a Victorian 12 Days of Christmas.

What’s been the inspiration behind your ideas for each design?

The song is pretty specific: a partridge, two doves, calling birds, French hens, geese and swans. These are givens. The human characters, however, are more open to interpretation, so we conceived them in a Victorian way. The maids are dressed as Victorian milkmaids would have been dressed at that time. The ladies of the ninth day are in period dresses, hair, accessories and furnishings circa 1890s. A candlelit tree and Victorian ornaments decorate the tree for the Christmas Ball scene. There are also two gasolier chandeliers in the room. The lords are well-dressed businessmen—or lords—and they are skating, leaping and spinning on an outdoor rink. Pipers and drummers, the 11th and 12th days, were probably the easiest. Ours are bagpipers in red plaid, and the drummers are in red and white cadet uniforms. The fifth day (five golden rings) was a little daunting at first, but then I got the idea to do a circus theme, something more for the kids. So there is a polar bear and four large seals spinning golden rings on their noses. Because most of the birds mentioned in the song are small except for the geese and swans, I decided to make the others oversized. They are more to the scale of the gazebos. The partridge is larger than life and completely bejeweled. It is dazzling—almost Fabergé egg-like. We really wanted the gazebos to shine, so there are lots of rhinestones, glitter, mirrored surfaces and sequins. It sparkles, no doubt.

How has your experience as a production designer helped you to carry out this project?

This was like doing the scenery for a dozen shows, and costumes and props as well. Creating each environment required the same processes and resources we use when creating an opera, ballet or show. The benefit of this cast is the “people” are easier to deal with and wear their costumes without complaint no matter how heavy or hot they may be.

What kind of impact do you hope this project will have on the Arboretum and the Dallas community?

I believe people will be amazed. I hope this brings back some of the magic of the Christmas season and that it will be something both the Arboretum and the city of Dallas will be proud of and happy to share with visitors. My wish is that at least one child is transported to a Christmas world of their dreams—a magical, whimsical place that makes them smile.

Start a new family tradition with a visit to the Dallas Arboretum’s 12 Days of Christmas exhibit. This world of Victorian Christmas delights will be on display November 16, 2014, through January 4, 2015. Buy your advance tickets now before it’s too late!